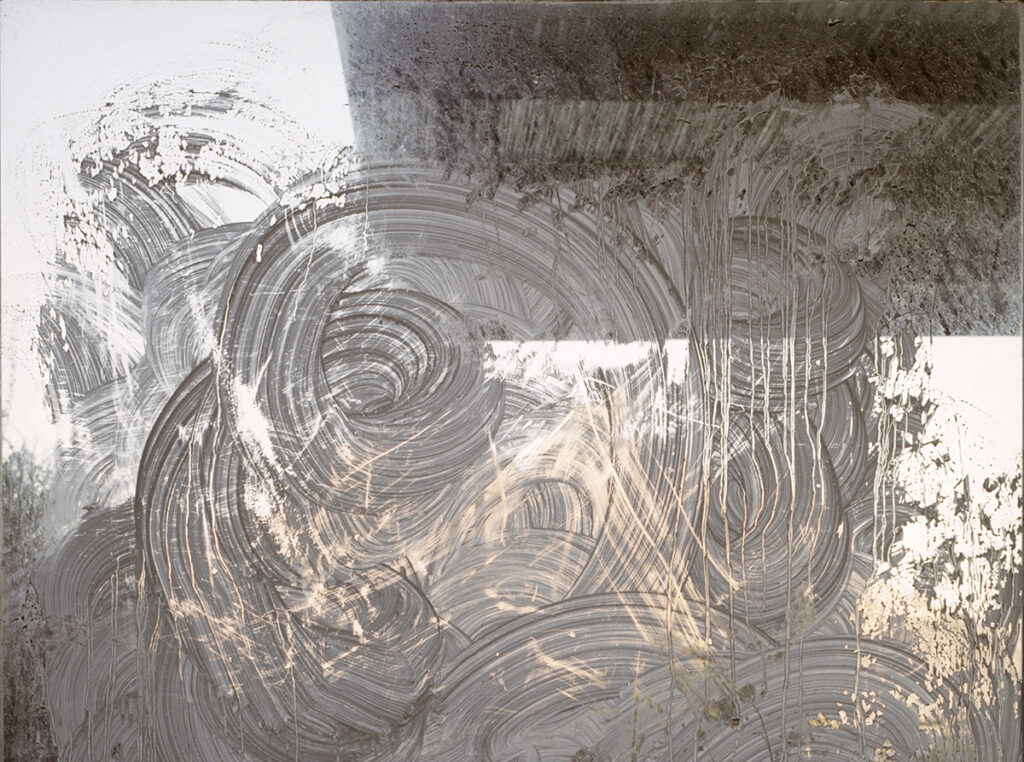 The Spanish photographer Anna Malagrida studied in Barcelona and Arles before moving to Paris, where she has been living since 2004. With her photo series Intérieurs (2000–2006) and Paysages (2006), as well as through various individual and group exhibitions, she has begun to gain international recognition and acclaim. A defining element of her work alludes to the prominent motive seen in artwork dating back to the Renaissance that reveals a scene as it is viewed through a window. However Malagrida doesn’t limit herself only to this reference to art history; her multifaceted work is charged with meaning from a variety of sources. Her videos and photography emphasize the fragility of the relationship between the individual and her environment and play with the boundary between public and private space.

We are very excited to have the opportunity to present Anna Malagrida in her first solo exhibition in Germany. In the works which will be exhibited – the series of photographs, Point de Vue (2007), and the video, Danza de Mujer (2007), from the series Vistas Veladas – Malagrida again takes up the motif of the window in her work, this time as an element capable of obscuring certain sociopolitical realities from view.

Such is the case in the location in the Spanish natural reserve, Cap de Creus, where the French Club Mediteranée is set to be demolished. The series shows the windows of the abandoned building from within. The windows have been painted with a fine, white powder, so called “Blanco España”, to prohibit anyone from seeing in and possibly coming up with the idea of trying to abscond with something or using the building as a temporary residence. In time however, through the effects of wind and weather, the layers of Blanco España have been worn paper-thin and have resolved themselves to a gauzy veil barely capable of obscuring from view the coast of the nature preserve just beyond the windows. In some cases, the meandering structure of the rudimentary brushstrokes of the window painter are reminiscent of the works of abstract expressionism, an action painting. The boundaries between painting and photography seem to blend and flow into one another. This is also evident in other formal elements. The window frames, in the context of the photographs, serve as picture frames for the “paintings” of Blanco España.

In some of the photographs, Malagrida asserts herself more directly into the content of what we perceive by manually altering the layers of the white coating to afford us a vague view of the ocean behind. By manipulating the opacity and transparency of this overlaying surface, she emphasizes the duality of our own perceptions: The observer perceives that there is more behind the window she is looking at – a landscape — without being actually able to see it. The subjective completion of the photo relies on the substitution of memories of other landscapes and the imagination of the viewer. Thus the image itself is on the one hand negated by the effect of the window, but on the other hand this negation causes the viewer to form a more personal relationship to the work. Even its title reflects this duality through its play on words. Point de Vue – on one hand, the point of view someone has, their subjective outlook, their perspective of things, and on the other, the literal point of view, the place from which something is seen, one’s viewpoint. This connection between subjective meaning and the perspective something is seen from becomes even clearer in consideration of the history of the location. The vacation club was a French property which stood on Spanish territory until the Spanish government abruptly declared the region a national park, ousted the owners of the buildings and went forward with demolition proceedings. As the landscape was thereby transformed into a political space, so too must the photographs of it be seen as playing more than simply a documentary role. Finally, there are the left behind drawings and written words of passerby that appear in many of the photographs in Point de Vue. They peek the curiosity of the viewer, who must attempt to decode the meaning of the messages. With that the photos can finally be seen also as texts, to be deciphered in this, yet other manner. The varied meaning of the photography of Malagrida’s Point de Vue series – photography as notation for painting, as a mapping of a landscape, as a citation for the theories of art from many centuries, and as a text – can be metaphorically summed up with the concept of a palimpsest; a representation that cannot be reduced to a single meaning, one which allows many possibilities to exist simultaneously.

Similarly, Anna Malagrida’s video-installation, Danza de Mujer, offers multiple layers of meaning and interpretation. Here led along a slightly disorienting path, the viewer enters the installation and reaches the projection. A window is shown alone in a simple room somewhere in a desert from an un-shifting perspective. The room is filled with the loud sounds of a strong wind. A curtain in front of the window dances in this wind. As long as the curtain is visible, remaining within the frame of the motionless camera, it can be seen that the window possesses a screen. However as soon as the curtain disappears from the frame, the screen is rendered invisible and all that is left to be seen is the bright square of sky beyond the window. This paradox can be explained by the optical settings of the camera, which allow for a sharp image only under certain lighting conditions: only when the room is slightly dim through the absorption of light by the curtain is the window screen – which defines the boundaries of the room – visible. The curtain, that which is meant to conceal, allows in this case the details of the room to be revealed. The image, without the dimming effect of the curtain, is overexposed. The meaning of Malagrida’s work – this produced in Jordan – isn’t however limited to the optical play of light and shadow through the mechanical perception of the camera’s aperture. Here she is also questioning the role of women in a society like the one found in Jordan. In this type of society, the woman is traditionally resigned to the sphere of the home, and therefore the film points to the distressing situation of the female sex. Moreover – while the shooting of the film is first visible because of the screen – the women of Jordan because of the burke that their society enforces upon them – their personal screen – remain invisible. The veil of the wafting curtain can be read then to function as a statement against the concealment of women, who could be much more awakened to the veil of their own lives.

Taken together, the photography and film of Anna Malagrida, her views through the window, can be seen as intermediaries between particular dualities. Here the outer- and inner-space of the viewer, as well as that of the building, are set in relation to one another, blurring the boundaries between nature and culture, painting and photography, and even past and present.