Javier Téllez
The Conquest of Mexico 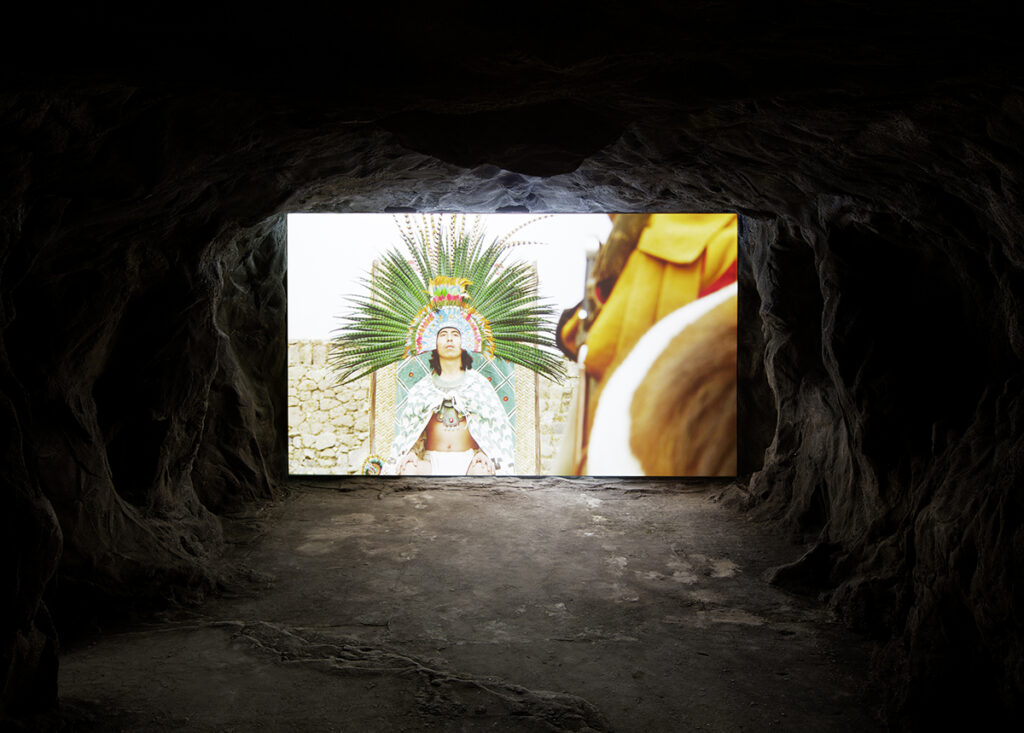 Javier Téllez (*1969 in Valencia, Venezuela) lives and works in New York and Berlin. For almost two decades now, mental illness has been one of the main subjects of
Téllez’ practice as an artist.

Working often in collaboration with psychiatric patients, it is the aim of Javier Téllez to produce films and videos that attempt to challenge the stereotypes associated with mental illness, and – as Michele Faguet stated in a text on the artist’s work – to “engage in an ethical manner with communities of individuals who live outside the models of normative behavior that define the parameters of a ‘sane’ society but that are constantly shifting in relation to the ideological structures that determine this social order”.

Inspired by Antonin Artaud‘s legendary 1936 trip to Mexico and his text ‘The Conquest
of Mexico’ (1934) – the first play for his Theater of Cruetly -, Javier Téllez collaborated with outpatients of the Fray Bernardino Psychiatric Hospital in Mexico City for this film. The patients, who are both co-writers of the script and act as the entire film cast, act in the film as fictional inmates of the hospital and as characters from Mexican history. The ancient ruler Moctezuma appears, along with the conqueror Hernan Cortés and his translator and lover La Malinche, as well as the French poet and playwright Antonin Artaud. Shot in an empty ward of the hospital and the Simón Bolivar Theatre, Xochimilco, Teotihuacan and the pyramids of Cantona, The Conquest of Mexico is a film that obliterates the boundaries between fact and fiction, documentary and story, observation and participation.

Important components of Téllez’ projects are further the specific social and political histories of the locations where the projects are developed, something which becomes apparent in the works of O Rinoceronte de Dürer (Dürerʼs Rhinoceros) (2010) and Rotations (Prometheus and Zwitter) (2011).

The film was produced in 2012 by Figge von Rosen Galerie and Galerie Peter Kilchmann for documenta 13; it was shown there for the first time.