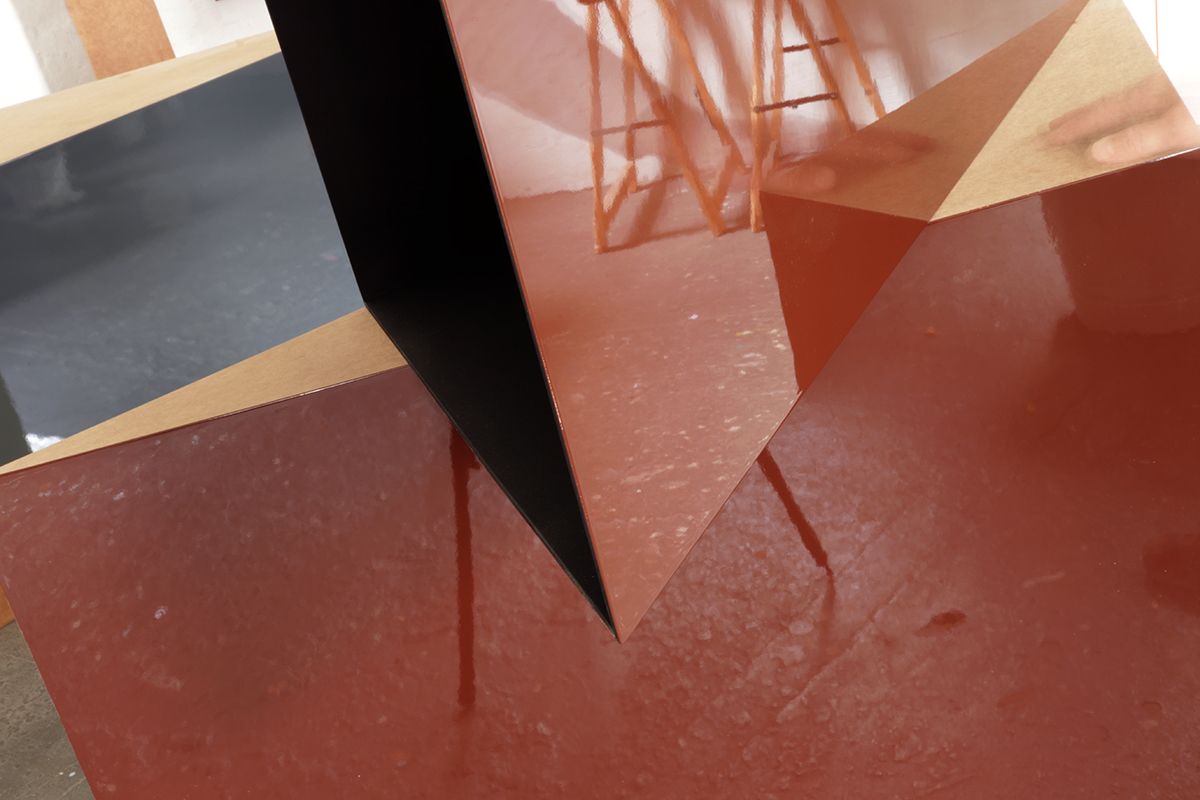 We are looking forward to opening our second solo exhibition with Martin Gerwers (*1963 in Velen, lives and works in Düsseldorf) on September 3, 2021 as part of the DC Open weekend. We will show new sculptural works by the artist.

Martin Gerwers works move in a field of tension between painting and sculpture. With them, he explores, in short, the relationship between color and space. For the viewer, the expansive paintings and sculptures, which are characterized by their multi-visuality, can only be fully experienced when he actively walks around the multi-colored objects. Thus, depending on the viewer’s point of view, a multitude of visual impressions emerges.

While works directly related to spaces play an interplay between the perception of the sculpture and the perception of the viewer in the space, the artist’s works show us how little we can rely on being able to recognize or even define an object in an instant. Every movement of the viewer inevitably – and with great surprise effects – leads to sometimes total changes in appearance. In this context, color composition plays a major role alongside form. Gerwers allows different colors to enter into a dialogue with each other in rich contrast. Through the movement around the works, his pieces can take on a completely new character depending on the perspective.

Martin Gerwers completed his studies at the Kunstakademie Düsseldorf. From 2015 to 2018 he was a visiting professor at the University of the Arts, Berlin. He was awarded the Förderpreis des Landes Nordrhein-Westfalen für junge Kunst in 1995 and the prestigious award Ars Viva Malerei 96/97, Kunstpreis des Kulturkreises der deutschen Wirtschaft im BDI in 1996/1997. In 2001/2002 he benefited from the Förderungsstipendium des Kunstfonds Bonn.