The Space of Painting 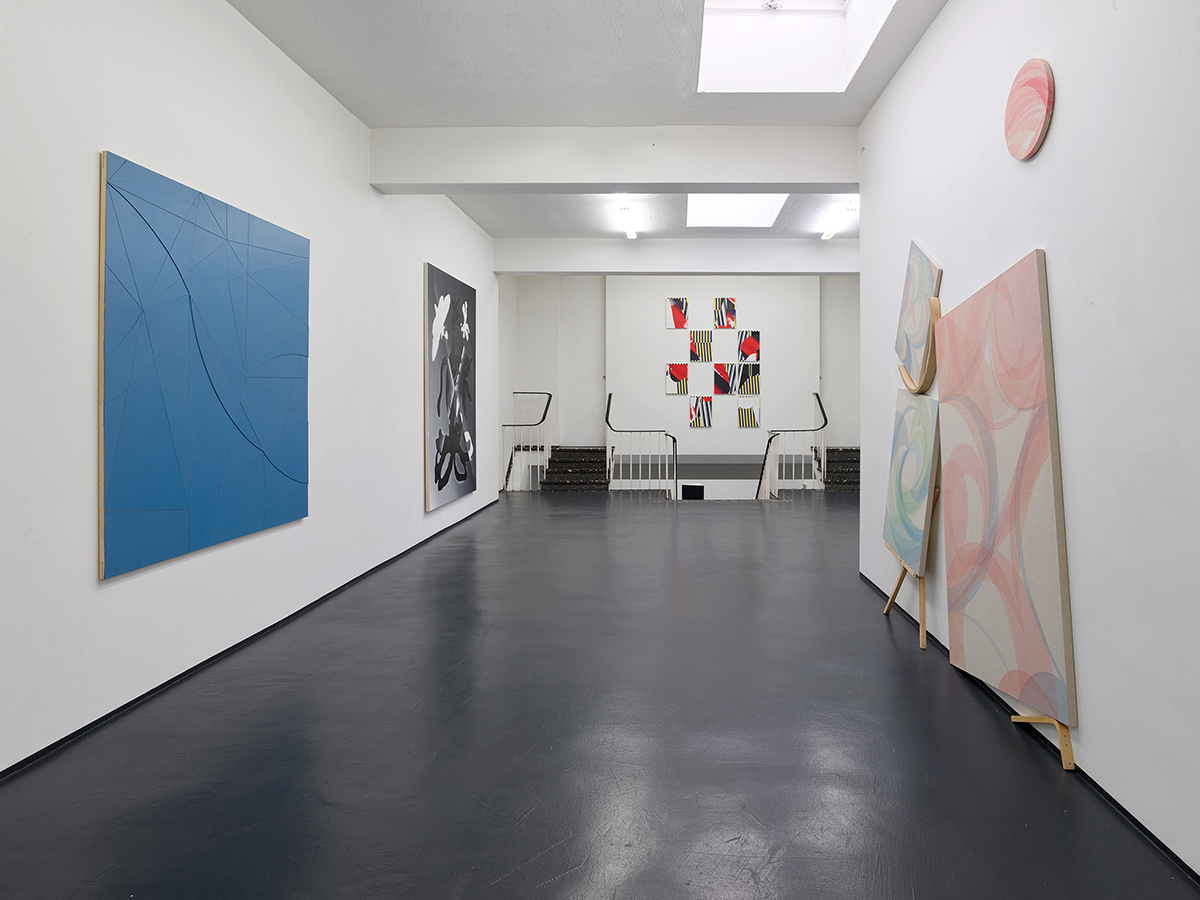 We are pleased to open our upcoming group show The Space of Painting with Henrik Eiben, Martin Gerwers, Markus Huemer, Jonas Maas, Jussi Niva, Yelena Popova, Gerwald Rockenschaub and Florian Schmidt on May 24, 2019 at 7 pm.

The group exhibition The Space of Painting poses the question of the relationship bet- ween abstract painting and space. By “painting” an illustration of reality and the representation of the space in which it takes place is and was meant. But how does non-objective art that has detached itself from any claim to realism stand in relation to real space?

Eight artists, whose works explore space in different ways, are shown. For example, in Yelena Popova’s canvas-installations the environment penetrates into the work through the gaps between the individual canvases; also, by employing wooden elements that are objects in actual space and are not “merely” an image, real space is included in the work and perception of the viewer. In contrast to that, Henrik Eiben’s Double Rotation seems to cut the color into the space with colored glass splinters protruding from the wall. De- pending on the light-conditions, however, the color also shimmers on the wall, so that one can almost speak of wall painting. Their esthetic experience also depends on the po- sition of the viewer. The situation is similar with Martin Gerwers’ works, whose manifold sides absolutely presuppose the willingness of the recipients to move. Only through movement do we perceive the whole, the sculpture is a minimalist object in space – and not an image.

Florian Schmidt’s two-dimensional works from the Untitled(Deviation)- group share this object-character. They are located in space as quasi paintings and the individual surfaces that he employs also stand in spatial relation to one another; but they are flat and painterly elements on the wall, not pictures and not sculptures. Jussi Niva, who also creates three-dimensional folded objects, adds painted images to these forms that suggest a painted space that has nothing to do with the folds. Thus, the em- phasis on the actual space of the folds is basically done through its pictorial negation. In contrast, Jonas Maas creates in his works, which are composed of several panels (and – comparable to Popova – also include the space through deliberate gaps and shifts), var- ious two-dimensional levels and thus abstract spaces, which deceive us, however, be- cause we are only suggested a supposed wholeness and readability. Markus Huemer’s theme is also this suggestion, or rather the questioning of representations of functioning spatial worlds. The painting Elephants Are The Only Mammals That Cannot Jump “shows” a representation of plants documented by Maria Sibylla Merian, which, however, appear as if they had been diagonally cut apart and reassembled. Here, too, the image planes shift spatially. Gerwald Rockenschaub’s spatial effect of the two small works shown (acrylic glass plates twisted against each other, each in two colors) is primarily due to the fact that they are installed opposite each other. The diversity of the employed material finds its spatial equivalent in the mirroring arrangement in the gallery.