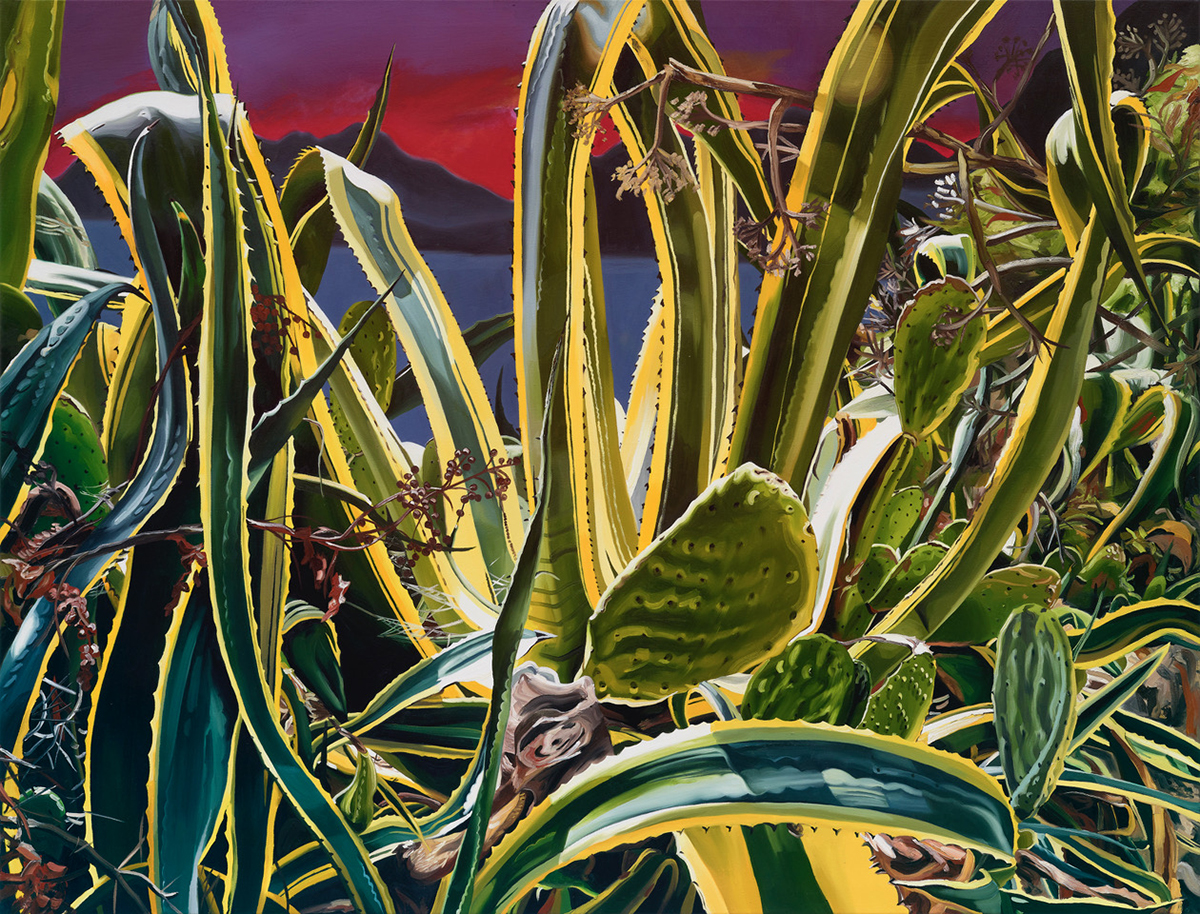 Silke Albrecht (*1986 in Soest, lives and works in Düsseldorf) studied at the Kunstakademie Münster with Prof. Michael van Ofen and graduated in 2015 as a master student of Prof. Andreas Gursky at the Kunstakademie Düsseldorf. In 2011 she received a scholarship from Best-Gruppe-Düsseldorf, in 2013 one from Apotheker und Ärztebank, and in 2017 she was selected by the Bronner Residency and Art Foundation to be their artist in residence in Tel Aviv.

Fundamental to Silke Albrecht’s work is – on the one hand – a preoccupation with painterly processes and diverse techniques, with pictorial, representational and signifying functions within the framework of painting – be it figurative or abstract. In doing so, she departs from simple paths; her works are multifocal and thus can be read on different levels. On the other hand, Albrecht’s œuvre is guided on the level of content by an examination of the loss of a unified worldview in the context of contemporary geological, ecological, and geopolitical problems. Thus, the paintings can be understood as manifestos of a critical – in the double sense of criticizing and analyzing – approach towards anthropocentric views of the world. This standpoint is also reflected in the titles of her paintings or those of her series of paintings (like, for example, shattered earth). The abstract works are showing forms and colors not only painted with a brush on canvas. Rather, Albrecht also works with means of collage, assemblage, and sewing and embroidery, among others. She pours, she wipes, she draws on the canvas. But what is decisive here is that it is about painterly-aesthetically highly effective, impressive and convincing images on canvas, which sometimes even transcend the two-dimensionality of the canvas (like a relief) and about the joy of creating these works. To the content described above this is related in that Albrecht does not represent or depict objects, but rather creates in a very concrete way. She brings herself in as an actor, a performer. Creation as the actual act, that brings forth the image (the pictorial world).

While Albrecht integrates figurative representations into her abstract canvases, which refer to the contents that played a role for her at the particular moment when the works were created (we can think of the series stay private) there are photorealistically painted pictures of plants, which directly show the nature addressed by Albrecht. 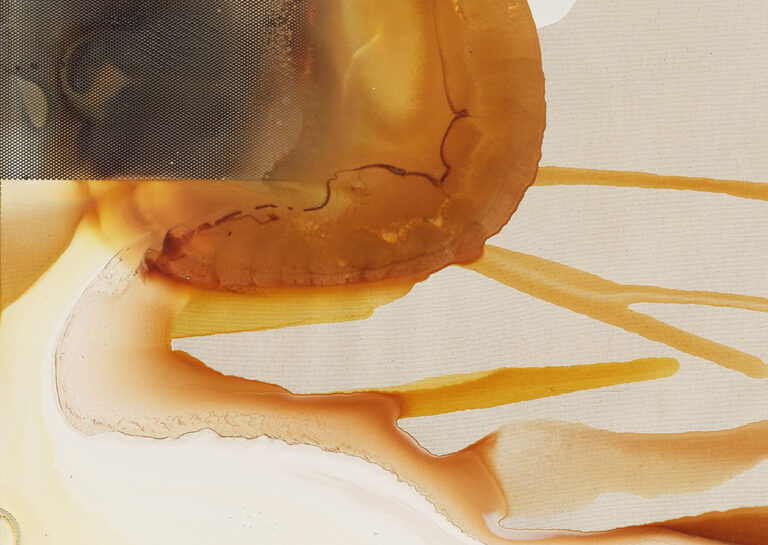 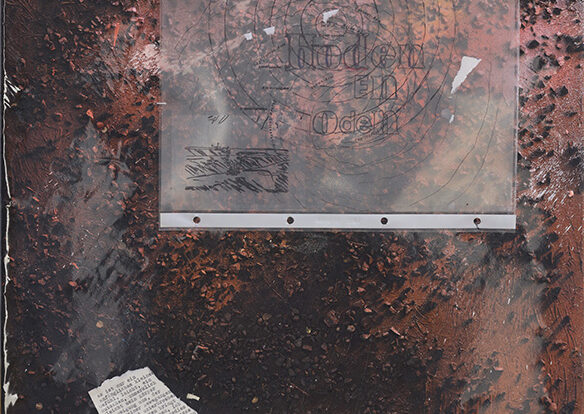